The A1 has reopened after a large vehicle fire but long delays remain.

The incident happened on the southbound carriageway between junction 48 and 49 near Dishforth at around 12.30am.

Firefighters were called to a HGV on fire on the southbound carriageway. 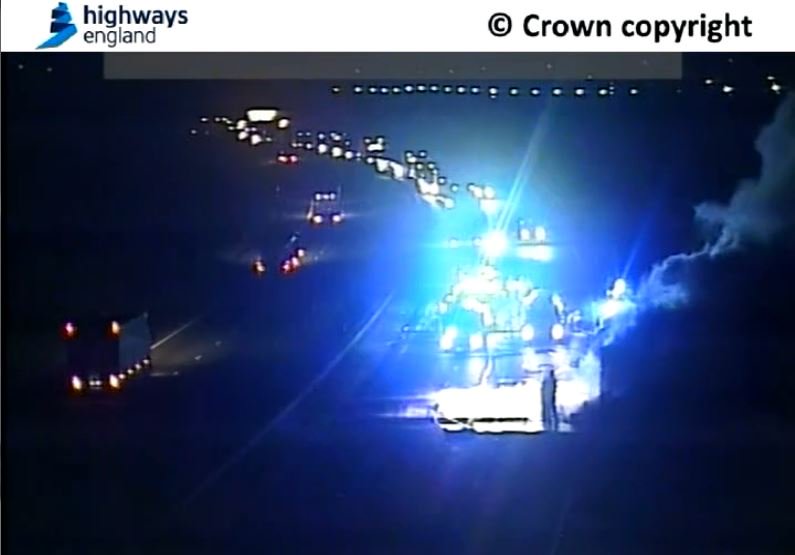 The blaze started when one of the vehicle’s wheels caught fire.

The road was shut southbound until about 5am this morning.

Two lanes were still closed southbound this morning for the vehicle to be recovered and debris to be removed.

Highways England said at around 7.30am that there were long delays on the route.

Traffic is currently held on the #A1M southbound between J49-J48 near #Dishforth due to a severe vehicle fire. Emergency services en-route. pic.twitter.com/lceJf4zggs