A bird flu outbreak has been reported in Richmondshire.

The highly contagious virus was confirmed in birds at a premises in the Ravensworth area on December 3.

Officials say all birds on the infected premises will be humanely culled.

A 3km protection zone and 10km surveillance zone have been put in place around the premises.

The outbreak is the tenth in North Yorkshire in recent weeks.

Seven have occurred near Thirsk and two near Leeming.

Nationally, there have been 29 outbreaks of the virus. 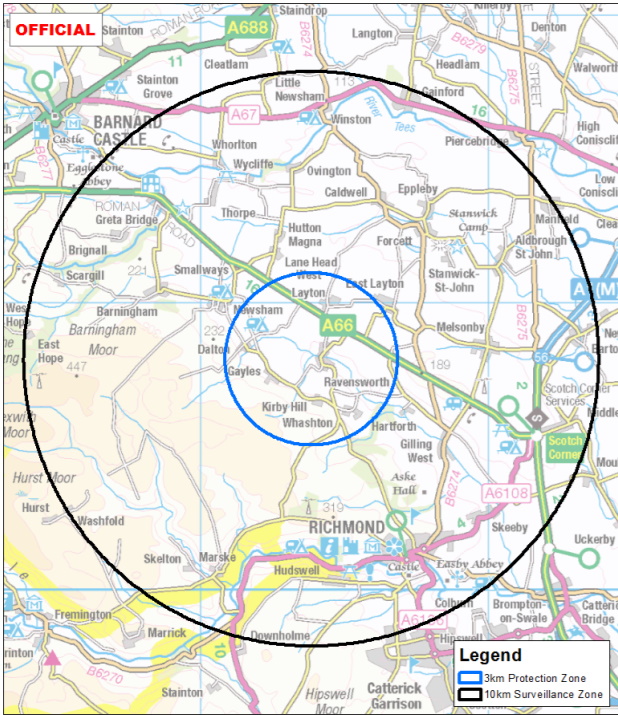