Nearly 400 soldiers marched from their barracks at Catterick Garrison to Richmond Castle today to receive a blessing before deploying to Afghanistan in late October.

The soldiers from the 2nd Battalion The Yorkshire Regiment (2 YORKS) based at Somme Barracks will take part in a seven-month operational tour on Operation Toral, the second time they have deployed as a regiment to Afghanistan since 2012.

The regiment also deployed to Iraq in 2014.

All the deploying personnel attended a drumhead service at the castle to receive a collective blessing from their Padre Captain Richard Meikle.

The march from Somme Barracks to the castle was headed by the Commanding Officer, Lieutenant Colonel Ben Westcott, who welcomed the families whose support during the tour would be fundamental to its success.

Addressing the Battalion Lt Co Westcott said: “It is the second time in as many years that we will deploy to the capital city Kabul in Afghanistan. 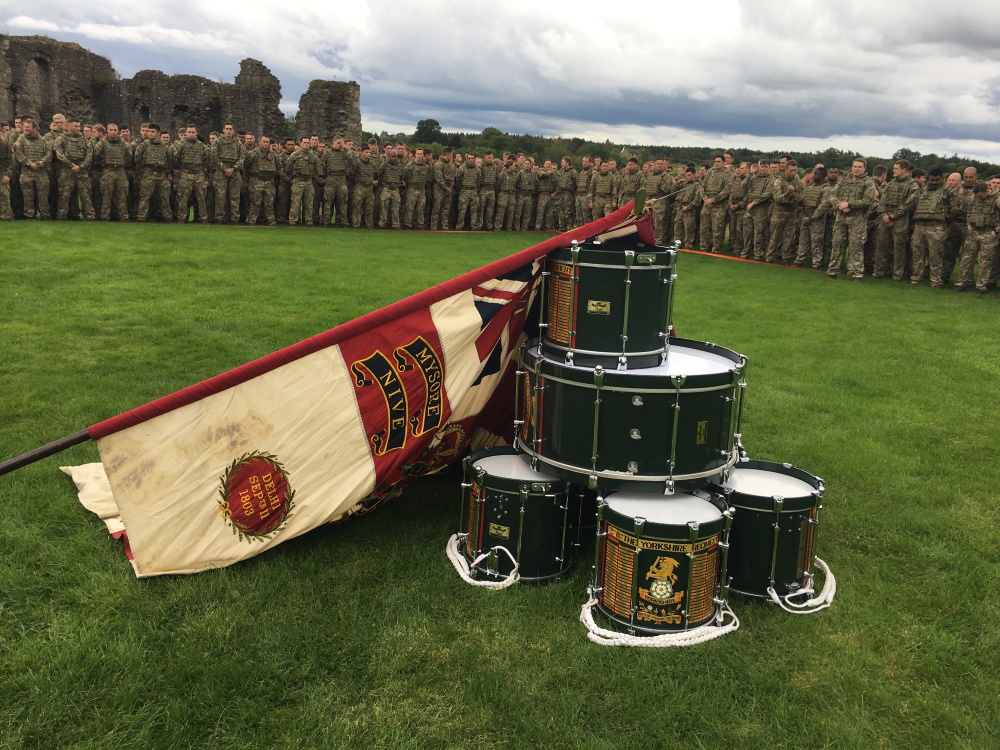 “It is 18 months since we had an excellent tour in Kabul and so every person here at this drumhead service is fundamental to another successful tour.

“Of course there will be hard times but we will overcome them together as a battalion providing the support and courage so that we can move forward with confidence.”