Dales artist Sue Dewhurst is relaunching her career and making a comeback after a shoulder injury forced her to change direction – and to celebrate she has done a new series based on Richmond.

Renowned for huge canvases that depict the stone Barns of the Dales before they are lost to planning changes, Sue said that a shoulder injury limited her studio time to just 20-minute daily slots and it was time to have a rethink.

“Every cloud has a silver lining and rather than panic that I couldn’t be so prolific I have refocused,” she said.

“Years of working in boring office jobs in the 90s, I kept detailed sketchbooks of characters I saw walking past my window and it is now that I have drawn on that inspiration in a series of small, manageable-sized paintings, cheeky vignettes of these glamour pusses of yesteryear, living out their dotage in splendid indifference, sticking two bent fingers up at Modern Britain and making the best of things.”

Sue also owns The Pop-Up Gallery, a peripatetic gallery that she launched in 2010 taking creative happenings around the Dales, organising art festivals, artist networking sessions and art workshops at The Beacon and around the Garrison.

“For now though at least, Sue said she had enough on her plate with her obstinate octogenarians leaping out of her canvases.

Sue’s ‘Owd Lasses’ are hitting Richmond in an exhibition at The Station from May 13 to 24 alongside her colourful interpretations of Dales life, agricultural shows and landscapes.

Visitors are invited to Come along and see if you can spot some familiar locations as these Yorkshire Lasses ‘do’ Richmond.

Sue will be around in person on May 13 and 14 on the Mezzanine at The Station for  ‘meet the artist sessions’ and for most of the exhibition if you want a chat. 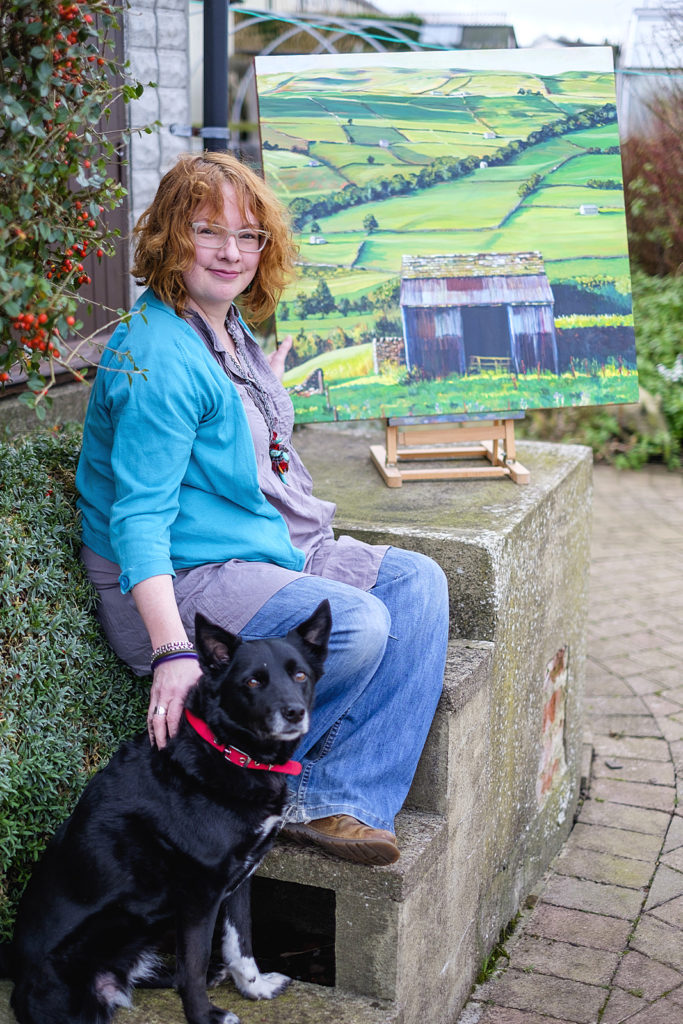