Members of Bainbridge Methodist Chapel whose families had worshipped there for generations would feel “an aching sense of loss, grief and broken-heartedness” at the closure of the 180-year-old building which was marked with a final service on Sunday.

Local preacher Geoff Phillips said the sadness was inevitable but alongside it was “ a strong feeling of gratitude” for all that Bainbridge and other chapels in the upper dales had meant to thousands of people over the years.

“We are grateful for the privilege of being here, at the top of the dale, which is such an extraordinary and unique place of ministry,” said Mr Phillips, a Methodist preacher for nearly 20 years.
The story continues after the adverts. . .

“Today we think of all the people who have been here and in our other chapels over the past 180 years, all those whose lives have been and continue to be affected by it. It’s a fantastic work of God and we’ve been so privileged to be part of it. We are standing on the shoulders of those in the past who kept the faith alive and kept God’s work alive. Some of those people would not count themselves as members, but God knows better about that,” he told the packed congregation.

He said it was “dangerous” to mention people by name for fear of leaving out others who had made contributions over the years, but said he had to mention Catherine Metcalfe who had left her home to the Methodists, the rent from which supported both Bainbridge and Marsett chapels.

“We are still benefiting from her influence. And we should also thank the people of Askrigg who, when their chapel closed in 1992, joined us here in Bainbridge and brought money which helped with improvements and refurbishments.

“We have had their support over the years and they have given themselves in loving and faithful service,” he added.

The worshipping community will continue to meet at Sycamore Hall on the second and fourth Sundays of the month, occasionally joining their counterparts at Aysgarth Chapel as well as St Oswald’s parish church in Askrigg.

Mr Phillips read snippets from the account of the Rev Kenneth Tibbet  who was a minister on the then Wensleydale Circuit during the 1950s, when there were 33 functioning chapels and three ministers, based in Leyburn, Middleham and Hawes.

The first person to live in the chapel at Bow Bridge, between Askrigg and Bainbridge, when it was converted into a house, was David Sharpe who was also a local preacher and worked as a teacher at Yorebridge School. He travelled to the service from his home at Brigham, near Cockermouth, in Cumbria.

Money raised from a collection at the service will be divided between the Sycamore Hall amenities fund and Bainbridge village hall. 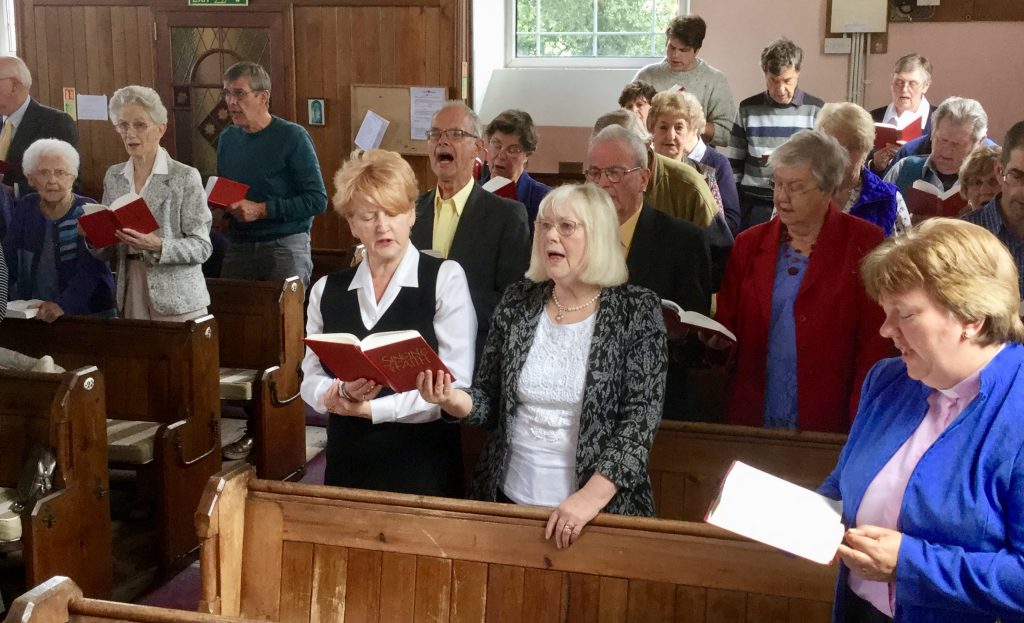