New cases of covid-19 have dropped sharply in areas of Richmondshire — but remain high in the Catterick Garrison area, the latest figures show.

Data published by North Yorkshire County Council reveals there were no cases in the upper Dales or Richmond reported in the seven days up to February 11.

However, 40 new cases of the virus were recorded in Catterick Garrison and Colburn.

The number is the second highest in North Yorkshire, with only Northallerton having more cases over the same seven day period (50).

The full breakdown for new cases in Richmondshire in the seven days to February 11 was:

Richmondshire’s seven day rate per 100,000 people now stands at 134, with ten new cases on average being recorded every day.

The rate is the highest in North Yorkshire. 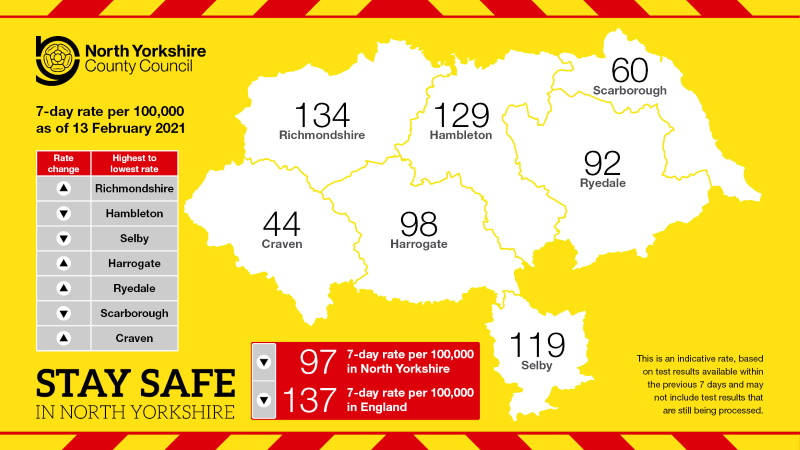 On Sunday, the government said it met its target to offer a vaccine to the 15 million most vulnerable people across the UK and that the rollout in England has officially been expanded to those aged 65 and over and younger people in at-risk groups.

In North Yorkshire, more than 175,000 vaccine doses have now been administered, according to the latest figures.