Plans for a new housing development in Leyburn are being drawn up.

The development would be built to the rear of Hill Top Farm on Moor Road and would incorporate one and two storey dwellings.

Ranging from one bedroom units to four bedroom detached houses they will also include an as yet unspecified number of affordable homes.

The area of the development would roughly form a crescent from Moor Road across the rear of Hill Top Farm to Thornborough Crescent.

The building firm who have previously delivered leaflets to affected residents had a number of representatives at the consultation held at the Bolton Arms; MD Matthew Gath and the scheme’s architect Judy Walkland were on hand to answer questions. 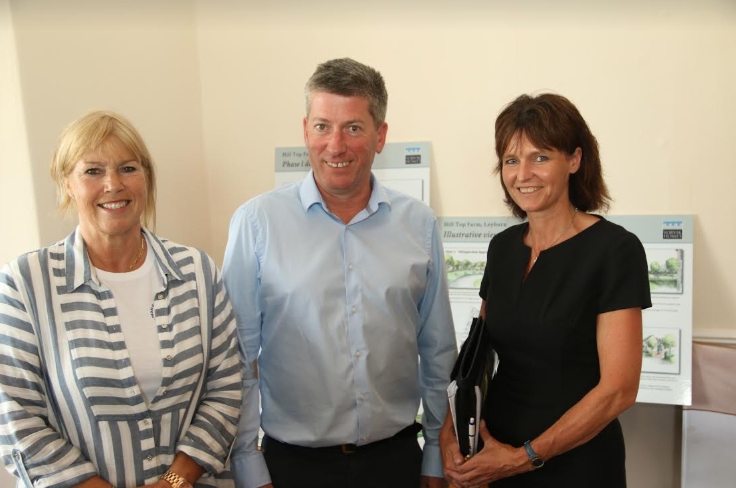 Mr Gath said: “We are here to listen to the public; in the last two years we have built over 100 houses in the Leyburn area of which 80 per cent have gone to local people.”

A number of concerns were voiced, sometimes rather heatedly; feedback forms were also available for residents to alert the developers of their concerns.

These included access, concerns over pressure on utilities particularly water and schools.

Moor Road is also to be part of a county-wide improvement scheme but proved difficult to plan a pavement at the road edge.

Cllr Sedgwick said: “It’s early days and we all look forward to working with Yorvik to get the best out of the development for the future of Leyburn.”

As yet the plans have not been submitted to planning; any further concerns may be sent to Yorvik via their website www.yorvikhomes.co.uk.