Lovingly remembered as history’s most orange and brown decade, the 1970s is synonymous with some of the most iconic (and outrageous!) garments and objects ever to grace our homes and wardrobes.

It was always going to provide a rich seam of entertainment for the History Wardrobe team who rose admirably to the challenge of capturing this immensely colourful period through its fashion, news headlines and music.

When Lucy Adlington burst onto the stage to the energetic sounds of Mud’s Tiger Feet, wearing dramatic flares and impressive platform furry shoes you knew you were in for a fun-packed evening. The audience were also more than ready to party and several were dressed in their own authentic seventies’ outfits.

Indeed, the groans got louder and louder as memory after memory was stirred by the appearance of those ‘oh so familiar’ objects – from the Girls’ World hairstyling set to the thumbed Donny Osmond album cover and the Woolworths carrier bag. The biggest groan of all though was reserved for the toilet roll holder doll with crocheted skirt and matching crocheted bathmat. Remember them?

There were many original items on stage but memories were also conjured by well-placed references to avocado bathroom suites, Artex ceilings and the Arctic Rolls that were served after sophisticated starters of prawns in Marie Rose sauce. No stone of shame was left unturned.

Entertaining as it all might have been, the History Wardrobe also provide a keen social commentary. The audience was reminded that professional women didn’t wear trousers to work until this decade and many stayed at home. The women’s libbers were protesting against huge inequalities and the term ‘lesbian’ could not be uttered out loud.

The decade also spawned the first test-tube babies, Sony Walkmans and microwave ovens. Angela Rippon read the news as one of the first female newsreaders (although the majority of television sets were still black and white) and Concorde broke the sound barrier. 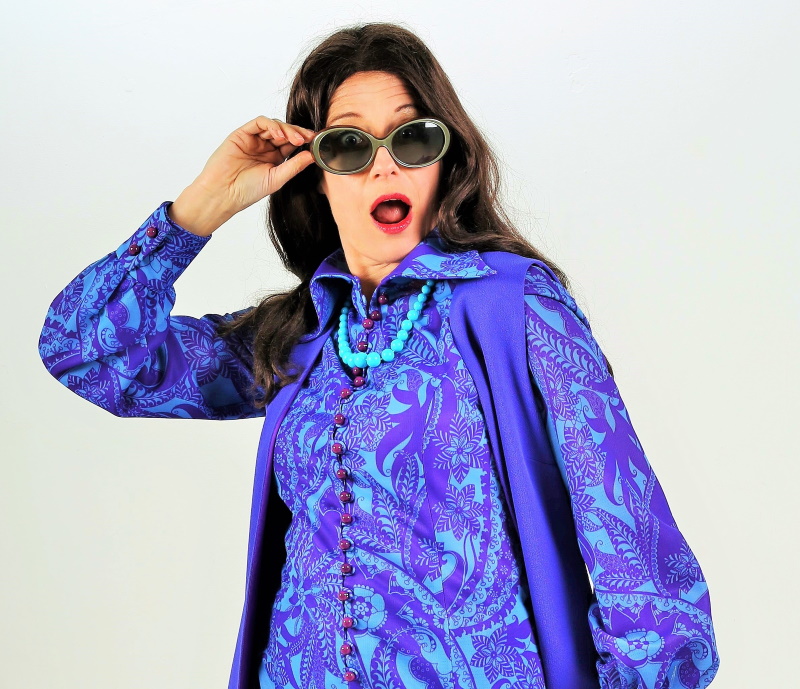 Over the years, the History Wardrobe has developed an excellent ‘product’ and they deliver it very well. The two Lucys (Lucy Adlington and Lucy Ridley) wriggled in and out of costumes from rebellious punk to disco sparkle with boundless energy and great aplomb.

They expressed how glad they were to be back in front of a live audience after months of Zoom presentations and the audience were clearly pleased to be back there with them. The evening finished with everyone up on their feet grooving to Abba’s Dancing Queen in the light of a miniature glittering disco ball. How cool is that?!

It was a satisfyingly full house so anyone unable to get tickets for the History Wardrobe at The Georgian Theatre Royal, or wanting to see more of the team, can catch them at Richmond’s Town Hall on November 22 with Agatha Christie and Art Deco as part of the town’s 950 celebrations, and then again on November 25 with Glamorama – A 1970’s Christmas at Kiplin Hall.