On the walls of The Old School Muker are plaques to two of Swaledale’s most famous sons.

Richard and Cherry Kearton were born and grew up in nearby Thwaite, and educated at Muker Grammar School, now gallery.

They were among the world’s earliest wildlife photographers, and with a mix of ingenuity, technical ability, patience, knowledge and not a little bravery, they took photographs the like of which had never previously been seen.

In 1895 they published the first natural history book to be entirely illustrated by photographs.

Cherry Kearton went on to become the first man to ‘hunt’ nature with a camera, rather than a gun, when he arrived in Kenya 1909.

It was on this expedition that he met and befriended the American president Teddy Roosevelt. 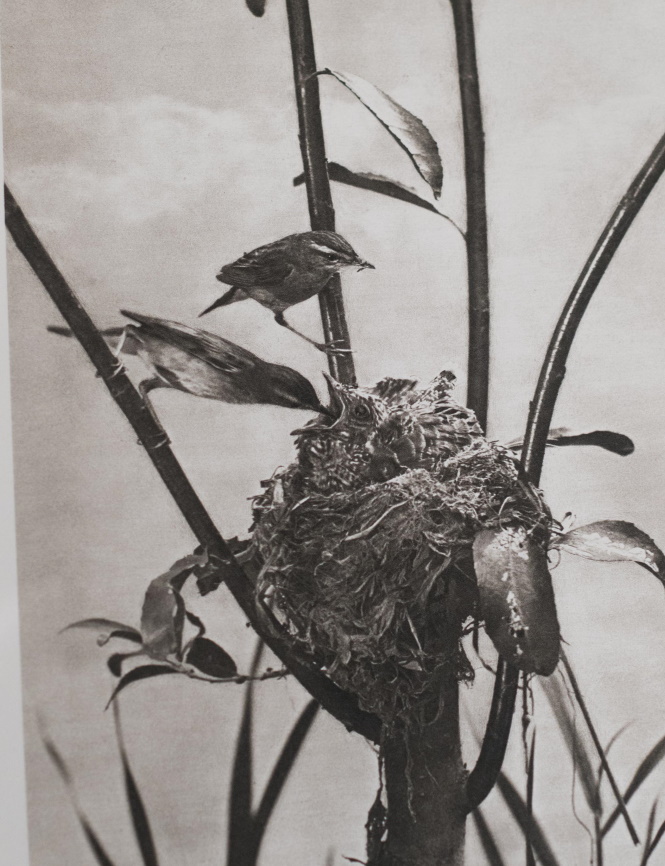 The Keartons’ work also inspired a young David Attenborough and their influence still carries on to this day.

More than 60 years after his death, the Royal Geographic Society still awards the annual Cherry Keaton Medal to “a traveller concerned with the study or practice of natural history, especially those with an interest in nature photography, art or cinematography’.

The local community is extremely proud of the achievements of the two brothers. They in turn did not forget their roots.

In his book A Naturalist’s Pilgrimage, Richard Kearton’s affection for the dale was clear.

He wrote about his ancestors and fellow dales folk, about trout tickling in the Swale; and about how, within two years, he’d discovered every bird’s nest in the neighbourhood.

Of the school he wrote: “My first day at real school (Muker) coincided with my first view of a bicycle, and both made a far greater impression upon my mind than wandering through the great universities, or the sight of a first-class Rolls Royce motor car.”

Old School Muker gallery owner Richard Walls said: “As a photographer myself I’m constantly amazed by the photographs they took, especially given the equipment available to them.

“Quite what they’d make of today’s super telephoto lenses and digital cameras, and what they might have achieved with such equipment I can only guess.

“Since we came to The Old School, and discovered the Keartons, I’ve wanted to show off their work, so I’m really delighted that this exhibition, created by Cherry Kearton’s great granddaughter, Evie Bulmer, and first shown at the Royal Geographical Society in December 2021, is coming to Muker.”

Through selling limited prints of their photographs, Evie raised £30,000 for Fauna and Flora International, an international conservation charity which strives to protect the planet’s threatened wildlife and habitats.

Evie said we live in a world where often the beauty of the planet passes us by and where much of our surroundings and the splendour that encompasses them is taken for granted.

She added: “In our current climate these images, which were once snapshots back in time hold in them a new meaning.

“Through further research and a deeper understanding of the fate of our planet, these photographs represent more than the beauty they display.

“They capture a rich biodiversity that we have endangered. The victims of our burning of fossil fuels, mass consumption and disregard for the natural world.

“Cherry and Richard took no species for granted, however big or small. Their amazement in all living organisms is something we should all take heed of, while we still can.”

With Nature and a Camera is showing at The Old School Muker from July 2 to 31.